The Test That Measures A Leader’s Strengths 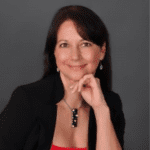 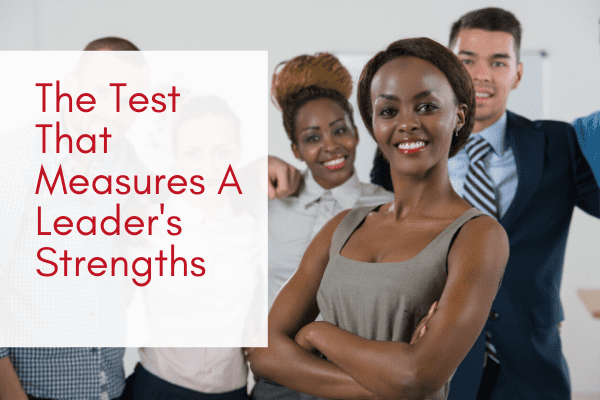 The Test That Measures A Leader’s Strengths

“David Riemer, a former vice president of marketing at Yahoo! in Sunnyvale, California, needed to pick someone to manage marketing partnerships with several big broadband providers, including AT&T and BT Group. He knew that all 30 members of his team had taken an online test, StrengthsFinder, that identified their top five talents out of a list of 34 possible aptitude areas. He looked at the results and found that one employee had scored extremely high in an area the test called “Woo,” for “winning others over.” Riemer gave her the assignment. She did an outstanding job.“The more senior you are in an organization, the less you do yourself and the more you do through others,” observes Riemer, 51, now a marketing consultant in Berkeley. “The ability to get the maximum out of people becomes one of the most critical things you do,” he adds. “Either you have an innate sense of what people are good at and how to put them in the right roles, or you need to have tools to help you do that.”An increasing number of leaders agree with Riemer on the value of StrengthsFinder. A few years ago, Gallup, the Washington, DC polling and consulting company that created the test in 2001, released a book called Strengths Based Leadership that became an instant best-seller. It’s the eighth in a series of volumes about the Strengths Finder approach. And, each book contains a code that the reader uses to take the online test.Tom Rath, head of the workplace consulting business at Gallup and co-author of Strengths Based Leadership, says interest among leaders is surging. “Leaders are increasingly thinking of how they can build the strengths of their teams,” he says, adding that 2,000 people a week are buying the new book and taking the test. Gallup also offers consulting packages to companies that want to administer the test to groups of 3,000 employees or more. For that service, it charges steep fees that can total more than $100,000 and include extensive training in the StrengthsFinder approach, Rath says.To devise the test, a team of a dozen psychologists worked up 179 pairs of descriptive phrases like “I like to be heard/I like to listen,” “I love to study/I live to go out” and “I am a very private person/My life is an open book.” The test-taker spends no more than 20 seconds per pair, clicking on the phrase that best describes him or her. Total time: about half an hour.At the end, the computer generates a Strengths-Based Leadership Report that reveals the test-taker’s top five areas of strength. Results include information about how test-takers can capitalize on those strengths. (Note to readers: This writer was advised she could “become a trusted authority,” given that her top talents are “Input” and “Communication.” She found that result appropriate, if unsurprising, for a journalist such as herself.)

For managers like Riemer, the test’s value is twofold. It can help a leader determine which workers would do best at which job, and it can also help that leader capitalize on his own strengths. The results include something called a “Strengths Discovery & Development Guide.” For me, that consisted of a 10-page document that described my strengths and also gave me a list of between six and 10 “action items” for each of them. These items ranged from advice about the sorts of jobs (teaching, research, journalism) that would best suit me – important for a manager – to where I might form partnerships that would make me more effective at my job.

For instance, my strongest theme “Input,” reflects the fact that I’m a voracious collector of information; it could be useful for me to “partner with someone with a strong Focus on Discipline theme,” the development guide advised. “This person will help you stay on track when your inquisitiveness leads you down intriguing but distracting avenues.”

Though the notion of playing to people’s strengths may seem an obvious leadership concept, it’s surprisingly under-used, Rath says. A 10-year Gallup survey of 15 million people in 100 countries found that only one in three workers said they drew on their greatest strengths every day. (India had the highest percentage, 36%; France had the lowest, 13%; the U.S. logged in at a fair 32%.)

Rath says his approach does not diminish the importance of examining people’s weaknesses, too. It’s just that most leaders spend too much time dwelling on their employees’ deficits. “In conferences with managers, only 20% of the time is spent reviewing victories,” Rath says. “That ratio needs to be the inverse.”

The above article is from Forbes* magazine. The concept still stands strong and the research continues. Gallup is on a mission to have 1 billion people discover their Strengths. As Global Gallup Executive Coaches the Churchill Leadership Group works with corporations to discover their Strengths but more importantly help you understand how to turn that awareness in to action for performance and how to build leadership capability accelerated by these Strengths. 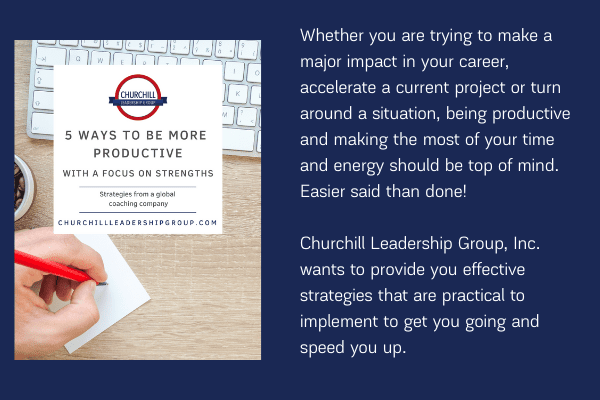 Effective Strategies For Using Your Strengths To Be More Productive

About Jayne
For decades, Jayne learned to develop and engage leaders and teams in the corporate world and then went on to train as an Executive and Strengths Coach. During her corporate leadership tenure, she observed how much untapped talent existed and she is passionate about unleashing that talent for individual and organizational performance and growth. Jayne and her global Churchill team of over 200+ coaches and consultants partner with clients to provide solutions that build capability through harnessing strengths. Her certifications include: Executive Coach (PCC) Gallup CliftonStrengths®, Certified Team Performance Coach (CTPC™), Marcus Buckingham Co. Stand Out, PROSCI® Change Management Consultant and Conversational Intelligence®. Global clients include eBay, PayPal, AMEX, Cardinal Health, BMS, Biogen, Coca-Cola, and many more. 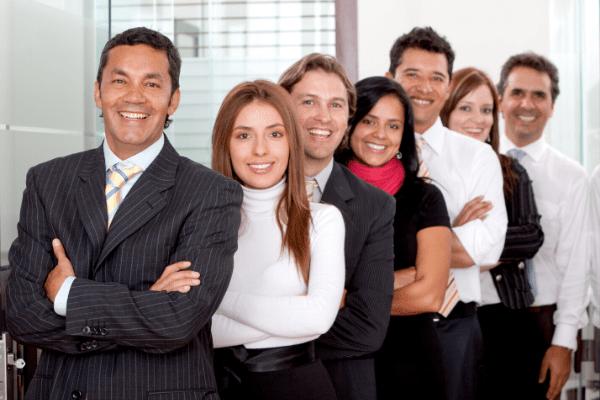 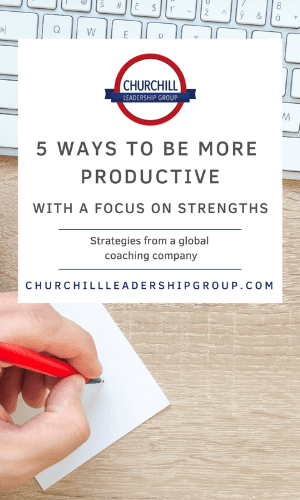