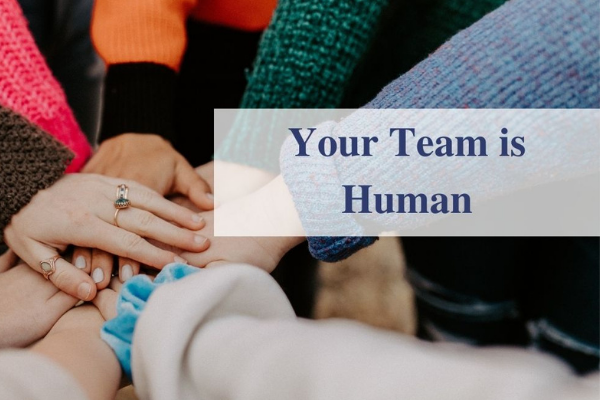 Hint: They are Human Beings!

There’s an Elephant in the room… And, surprisingly, it’s human-shaped. I’m just going to say it straight out.  We’ve got it wrong when it comes to high-performing teams.

We often talk about ‘optimizing’ a team’s dynamics to improve their performance as if they’re all part of some mechanical process to be made more streamlined or a bunch of robots that can be fine-tuned to succeed.  Just oil the machine and it’ll run like clockwork.  Right?  We may even have been guilty of saying something like, “if you do XYZ or follow this process, then you’ll see the successful results.”

Well, it’s about time to call it out.

When we think about teams and enhancing their performance, it’s not usually the processes that are broken. More often than not, it is the culture within the team that needs to evolve.  Sometimes, it may even be the organization’s culture that needs adjusting!

If you speak to anyone with experience working with a company culture shift or any type of change involving people, then you can expect many of the same dreary answers – ‘ooh culture change is hard’; ’it takes such a long time’; or ‘yeah, that’s a tough ask’.

The truth is that change is never going to be a linear implementation.  There are forks in the road, U-turns, roadblocks, bumps, and sometimes unfortunate collisions along the way to shifting culture.

The evolution of a team or company culture is never straightforward, and it’s certainly not easy. But, why is that the case?

At the end of the day, high-performing teams are made up of people. You’re dealing with people.

Human beings think for themselves- humans who just so happen to have deep-rooted opinions, biases, prejudices, hopes, and beliefs, and personal behaviors.

These pesky humans are also influenced by external factors!  External factors could be simple things like having enough sleep the night before or getting stuck in traffic on the way to work.  More complex issues such as managing tough times at home, juggling caring for loved ones, or any other difficult scenario can impact one’s resilience and general ability to deal with change.  Any of these situations – simple or complex – may impact how people interact in the office.

With so many different external factors impacting people, it could leave you feeling like trying to effect any kind of change where people are involved is a lost cause.

You’ll be pleased to hear that all is NOT lost.

The same way we know a team is a collection of fascinating, complex, and often wonderful characters, we also know that people have a basic set of needs.  Understanding some of those needs means we know that, amongst other things, individuals have a desire to be heard, seen, and understood.

Meeting an individual’s basic needs can be an ideal motivating factor for that person. When motivated, an individual is more likely to feel engaged and ultimately achieve the desired outcomes for the team.  Tapping into personal motivation is key.

It’s not only the act of motivating team members which will help them to succeed and perform in their roles. When we consider team performance, the teams that outperform most often are those with individuals who feel a sense of inclusion. They feel that they belong to a team which has an identity of its own.

Taking it a step further, individuals in high-performing teams know that they can be themselves among their team members. They are invited and actively encouraged to share opinions, views, and challenges with one another.  Healthy conflict is welcomed and viewed as necessary in order to challenge the status quo and move them closer to innovation.

It’s not enough just to know and list out the raw ingredients which are needed for a team to succeed. Exceptional team performance is fostered when the individual team members not only know and understand individual and collective strengths, but they also know how to get the best from one another. Those kinds of teams thrive through the collective growth mindset. They look for mistakes and opportunities to learn from each other and their experiences.

There are many attributes that need to be present to enable a team to outperform. However, we’re really talking about teams where individuals have mastered the art of human interaction, and they are committed to continuous improvement through learning and reflecting.

A team of people who truly understand how to interact clearly, positively and with a solid level of emotional intelligence is vital. This mindset creates a culture built on behaviors that encourage personal and team growth. When you as a leader go on to bolster this healthy culture by creating a clear identity and set of boundaries, then you’re setting them up to succeed.

When you can help people to interact successfully, then it promotes the overall success of both the individual and the collective group.

How do we do this? And what do we shift in our approach to help teams enhance their culture to support team performance?

As coaches, we know, appreciate, and understand how to achieve each of the attributes that contribute to team performance, but we also adapt to what is happening in the moment. Our coaches relate to and interact with individuals on a level which makes them feel truly seen, heard, and understood. We get curious about what’s happening in the moment, taking in all of the cues and information, and never assuming we know the full picture behind the behaviors we are witnessing.

When you make the mistake of taking surface level information and making a judgement, you are often witnessing the symptoms of a different underlying issue. Often, the behaviors on display are just the tip of an iceberg, so becoming curious about these behaviors is a first step to supporting those individuals.

The key message from us is to treat the person in front of you as a fellow human being whose basic needs are not being met. Help that team member feel seen, heard, and understood with compassionate curiosity. Rather than taking behaviors at face value, seek to understand what’s driving those behaviors in the first place.

Forget the textbooks and high-performance team frameworks for a minute. Instead, try a human-centred approach by supporting individuals with compassionate curiosity. Shift your leadership style to one with a positive intent. Then you can generate more positive interactions across the team and create an upwards spiral of trust, which will underpin your team’s performance.

The coaches at Churchill Leadership Group take a human-centred approach with team coaching. We empower your team to find its own unique “system” and improve its positivity and productivity. We put human beings front and center in our approach to team performance and evolution of team culture. 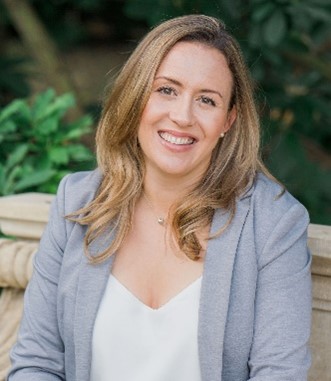 Michelle is an ICF Accredited (ACC) Leadership and Team Development Coach, Certified StrengthsFinder® Coach, and 4 Stages® Psychological Safety Coach specializing in optimizing team dynamics and culture. With over 14 years of practical experience in leading business development and organizational change, Michelle is passionate about helping leaders and teams be the best they can be. A retired Premiership and International rugby player, Michelle brings a high performance and team mentality to every assignment she accepts.

Are You an Effective Leader? 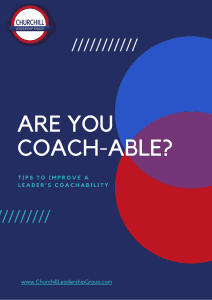 Are You an Effective Leader?